Many people believe that corporate event entertainment is boring because it always finds a way to shoehorn motivational messages that employees find forced and tiring to listen to, like a thinly veiled lecture to work harder that pretends to be a comedy show.

However, not all conference shows are alike. Some aren’t as obtrusive with their total productive management and motivational messages as others. More importantly, there are those that use the virtue of subtlety so that the event will be a smashing and entertaining success without feeling like a workshop.

Comedy Gold in Your Corporate Events 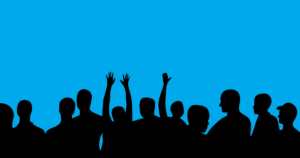 When looking for corporate event entertainment that still maintains relevancy to the goal of making employees improve their work output without sacrificing the “comedy” part of the equation, you can avail of improv troupes to help you out. These are experts in making people laugh while still keeping with the mission-vision and objectives of a given corporate event. They are also vanguards when it comes to the lost art of “show, not tell”.

Aside from adding levity to corporate function, these comedians can also demonstrate to your viewers many important virtues.

Having a Sense of Humor: In a corporation’s pursuit for productivity, the average person suffers from the day-in, day-out workload in the form of stress. An improv troupe can teach conference attendees by example the importance of smiling and accepting challenges while also learning to laugh at the absurdity of life in general.

Never Giving Up: Even if your current career is in shambles or you’re currently stuck in a rut, the improv comedian shows the importance of tenacity and not seeing life as a series of dead ends, but instead a maze with plenty of opportunities every time you backtrack and find a new path to pursue.

The Power of Imagination: An improv comedian that’s worth his salt will not only use his imagination to define a scene; he’ll also be convincing enough to make the rest of the audience see what he sees as well. Improv demonstrates the importance of vision. 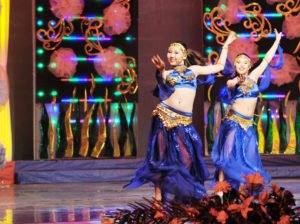 Ensuring the Success of Your Conference

Company events and conferences are one of the ways to make a connection with the potential customers and clients, as well as the rest of the staff in the company. It also creates a huge impression to the employees if the company events are well planned and well organized.

In this regard, some companies assign the execution of the party to certain employees, and in some cases, they are not as equipped as they are expected to be. In addition, their real responsibility in the company could get jeopardized if planning for the company party becomes a little too demanding.

All Around Solutions to Corporate Event Planning

There is good news to hear for every company who wants to make their company parties memorable and something to look forward to. At first impression, hiring an event specialist can be expensive. But if you are going to sum up the expenses for the actual event, the time spent to make it a quality event is just worth every penny.

Event planners have years of experience in planning important parties as part of their job, profession and some of them are in this business for the passion of preparing great parties. They are usually in the loop for the latest venues, trends and themes. They in fact have a gathering of their own so that they continually improve in this line of work. Additionally, they usually have a list of suppliers, venues and other resources where they have a good relationship with. This would mean that you are apt to get about 20% discounts on the venues and other needs that you might have for the event.

If a party is well organized, it becomes one of the special events that customers and clients look forward to every year.

Our experienced locally-based staff, will provide insider knowledge of the South Florida area and work in conjunction with your team to provide a … END_OF_DOCUMENT_TOKEN_TO_BE_REPLACED

We create exquisite events for corporate and social events, conferences and conventions. Here are some photo galleries from several of our … END_OF_DOCUMENT_TOKEN_TO_BE_REPLACED