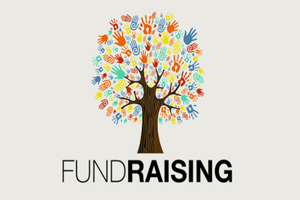 Mounting any event costs money and professional event planner know that the best way to help curb expenses is to get sponsors over to your side. Having the financial backing and resources of a willing sponsor can transform your event instantly from mediocre to spectacular. Especially with a fundraising campaign, where not only are you compelled to shell out first to encourage others to shell out, as well, sponsorships are crucial.

Why are events expensive, you might ask? It’s not just about renting the venue and getting people to come. Other significant costs include catering, decorations, entertainment, and marketing expenses. It will be difficult for the event organizer or just one party alone to absorb the costs and expect to still profit from the sale of tickets. Thus, getting major and minor sponsors is necessary.

Getting Sponsors To Support Your Fundraising Event

A company will agree to sponsor your fundraiser if it will translate into something positive for them, as well, be it in monetary or reputational terms. You’re lucky if your sponsor offers money out of the goodness of its heart without expecting anything in return. But, that’s rare. More often than not, a company will want an exchange. This is why your sponsorship packages are important.

Value perception is the primary consideration in choosing which individuals or companies to approach for a sponsorship. You can’t just send everyone a letter and just hope for the best. You have to research which among potential sponsors will be a good fit for your event.

Also, you have to consider who will be communicating with you during the offer and negotiation process. Pitching to a mid-level staffer might be waste of time if he or she still has to re-translate everything you just said to his or her superior. Choose a target that would allow you to communicate directly with the decision makers themselves.

Once you’ve identified your targets, you need to be prepared with your numbers. Sponsors will want to know who will be attending, how many and other consumer data that may be relevant to their brand. If you can throw in their spending habits or household incomes, that would help your target sponsor make a decision more quickly towards your favor. Another popular selling point is to invite community leaders, influencers and even celebrities to be at your event. Sponsors will also want to know how their brand will be shown to the people who will be attending.

How To Make An Attractive Proposal

Make an offer that the sponsor cannot refuse. Again, this involves pre-studying your target sponsor’s advertising behavior and target market first so you can craft a specific pitch. Don’t hesitate to get creative with your proposal.

Sponsors nowadays aren’t impressed with simply printing their logo on the stage’s backdrop and having their brand mentioned by host several times anymore. They want to interact with the market and engage with the attendees. They want activities. They want games. In short, brands will look for opportunities that will have people still talking about them long after the event has concluded.

Getting a major sponsor to say yes to your fundraiser can be a challenge. But if the decision maker sees how passionate you are with the project, and finds that the exchange is also profitable for the company, then you’ve got yourself a deal. Good luck!

Our experienced locally-based staff, will provide insider knowledge of the South Florida area and work in conjunction with your team to provide a … END_OF_DOCUMENT_TOKEN_TO_BE_REPLACED

We create exquisite events for corporate and social events, conferences and conventions. Here are some photo galleries from several of our … END_OF_DOCUMENT_TOKEN_TO_BE_REPLACED