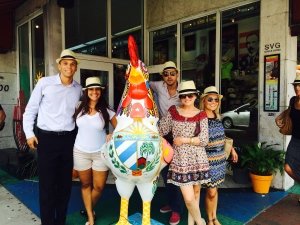 A recent Little Havana Tour of Miami was a big hit!

It was not long ago that Miami was a rather large but quiet Southern city. The Castro revolution in Cuba in 1959 changed Miami forever. Wave after wave of Cuban refugees have transformed Miami into the Capital of the Americas, a fast-paced, internationally-connected, commercial and entertainment hub with a racy Latin image. From the food, to the accents on the street, to the fashion scene and artist’s studio, Miami now pulses with an original blended culture.

Come with us on a journey through the story of Miami’s Cuban community. Experience the passion and vision that these motivated exiles brought to their new home. We will be visiting Miami’s own version of the Statue of Liberty, a well loved marketplace, great Cuban food spots, moving monuments, lively street scenes and a place of spiritual reflection and longing. Take in the smells, sights, sounds and colors of a street that launched the dramatic transformation of Miami over four decades ago and prepare yourself for a day of discovery and fun.

Inclusions in the Little Havana Tour Miami is a half day tour are a visit to a local marketplace with typical Cuban fare on display, one freshly squeezed tropical juice choice, a visit to a custom shirt tailor – home of the world’s most famous Guayabera maker (typical 4 pocket Cuban shirt, worn outside of pants). This shop has been patronized by Ronald Reagan, Gloria Estefan, Ricky Martin and many others. Two Guayaberas will be raffled among your guests, featuring a visit to the first art gallery in Little Havana featuring Cuban masters and emerging artists. Also included a boutique cigar manufacturing facility hosted by members of a five generation cigar-making family, one cuban coffee, a trip to an internationally recognized Domino Park, a stop at a Cuban themed gift store and a view of the Boulevard of Monuments celebrating heroes of the Cuban drive for independence and freedom.  Come join us in Little Havana for a tour! 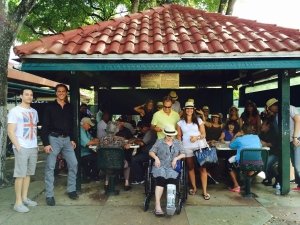 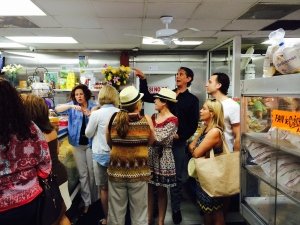 Our experienced locally-based staff, will provide insider knowledge of the South Florida area and work in conjunction with your team to provide a … END_OF_DOCUMENT_TOKEN_TO_BE_REPLACED

We create exquisite events for corporate and social events, conferences and conventions. Here are some photo galleries from several of our … END_OF_DOCUMENT_TOKEN_TO_BE_REPLACED