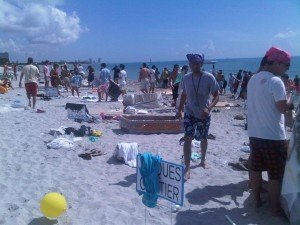 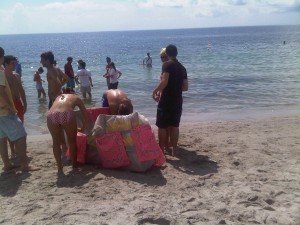 Build Your Own Boat Teambuilding South Florida.  You can either take a cruise aboard one on South Florida’s vessels, such as a yacht, catamaran or fishing boat

….or have your group work together to create their own Boats!!

As the teams arrive to the building area, they will be given their boat building materials, tools, and the challenge to build a creative floating craft.  Imagination and teamwork are the keys to success in this activity.

The “Build Your Own Boat Regatta” is based on the ambitious idea that teams can build a boat of corrugated cardboard, and it will actually float!  Competition will be evident; however teamwork and group involvement are the primary focus.  The educational purpose is creative problem solving and developing new relationships between team members that will last long after the boat ra

ce.  The value of this event is that every team can be a winner.  Any boat that floats is considered a success and those that win special recognition may even exceed their initial expectations!  While it’s difficult to visualize cardboard boats actually staying afloat, you’ll be surprised at what a united team can produce. 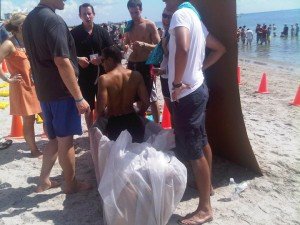 Our “Build Your Own Boat  Teambuilding Regatta” will be staffed by recreation professionals skilled in adding fun and humor to the event. We also maintain strict safety standards for participation. Staff will be dressed in “themed” attire and will continuously inspect each vessel, enforcing the rules governing design and construction.

One hour will be allotted for the creative development of the vessels, followed by a team presentation where they’ll introduce themselves and their newly built creation.  It’s now time to christen each craft and test their seaworthiness.  One selected member of each team must board the craft and cruise fast and furious around a buoy and back to shore, hopefully resembling the “Liberty” more so than the “Titanic”!

In conjunction to the teambuilding spirit of the event, there will be trophies awarded in the following categories:

“Pride of the Regatta” –Best Overall Design and Presentation

“Titanic Award” – The Most Dramatic Sinking

Our experienced locally-based staff, will provide insider knowledge of the South Florida area and work in conjunction with your team to provide a … END_OF_DOCUMENT_TOKEN_TO_BE_REPLACED

We create exquisite events for corporate and social events, conferences and conventions. Here are some photo galleries from several of our … END_OF_DOCUMENT_TOKEN_TO_BE_REPLACED